RSS
← We will miss you Tony Snow
The Perils of Apostacy →

Relient K – The Bird and the Bee Sides +

When you release an EP product as a musician it is assumed you understand that EP represents Extended Play. Most folks know this means the release is either too long to be a single and not long 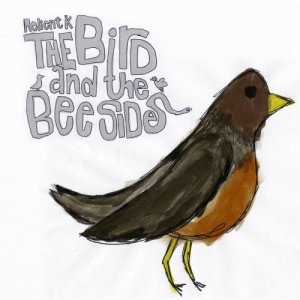 enough to be a full-length album. But who are Relient K to adhere to those stinking standards. These guys from Canton, Ohio have been reinventing the standard in modern, alternative punk, song writing, and song titles for 10 years now. So if Relient K releases a 26-track EP, who are we to smirk and say that they just don’t get it. I have been listening to Relient K since I heard their album “The Anatomy of the Tongue in Cheek” which featured such popular songs as “Pressing On”, and “Sadie Hawkins Dance”. My biggest attraction to the band has always been their no-nonsense, don’t-take-us-too-seriously, lyrics. I also like the music singer and song-writer Matt Thiessen composes. Just when you get hooked by the quirky rhythm he always throws the song for another curve.

I came by their latest album release after my help-meet and wife Robin purchased the CD at The Warped Tour concert in Bonner Springs, Kansas. This is a summer festival tour they are co-headling this year. I was planning to go and had actually made the hotel reservations where I would be staying while my daughter Crysta and her friend stayed with friends, but work got in the way and my wife “reluctantly” substituted as the traveling adult. The CD is basically split into two parts. The first part is titled “The Nashville Tennis EP” which contains 13 tracks of unreleased, hard to come by tracks. The second part is called “The Bird and the Bee Sides” which contains 13 B-Side record tracks. If you don’t know what a B-Side record is ask your mom or dad.  The first track of “The Nashville Tennis EP” is “Where Do I Go From Here”. The song begins with the typical (for Relient K), yet unpredictable sound of a banjo. The song then progresses into their patented guitar punked rhythm. The second track is called “The Scene and Herd” which is a play on words. Something Relient K is more than known for. I like the line in the lyrics of this that say:

As long as I’m staying true to myself
Then out isn’t something I can sell
And I can sleep at night without your help
It’s fine, cause I’m having a good time

Track three is called “At Least We Made It This Far”. The sound is definitely of the Nashville kind. It is a nice slow acoustic ballad that features Matt Thiessen’s excellent vocal talent. This song is followed by the more energetic and louder “The Last, The Lost, The Least”. “The Lining Is Silver” is the next track about friendships that might take bad turns if not for seeing the optimistic side of things.

Album highlights include songs from both sides of the album. From “The Nashville Tennis EP” they are “The Scene and Herd”, “The Lining Is Silver”, “You’ll Always Be My Best Friend” which is another touching song about your one, true, best friend, and “I Just Want You To Know” which definitely eludes to the gospel of Jesus Christ. From “The Bird and the B-Sides” I recommend “Up And Up” because it is an excellent acoustic version released on the Australian EP “Must Have Done Something Right”. The harder version was released on the full-length “Five Score and Seven Years Ago”. “The Vinyl Countdown” is a song I dearly love because it deals with something from my generation. Just check out the lyrics:

I like the oh so short two versions of “Five Iron Frenzy Is Either Dead Or Dying” (ska version) which is a cool tribute to the best ska band ever Five Iron Frenzy. My favorite has to be the acoustic version of “Who I Am Hates Where I’ve Been” which I believe is a reference to Romans 7:15 which says:

For I do not understand my own actions. For I do not do what I want, but I do the very thing I hate.

But thanks be to God for the shed blood and death of our Lord Jesus Christ for as it says in Colossians 1:21-22:

And you, who once were alienated and hostile in mind, doing evil deeds, 22 he has now reconciled in his body of flesh by his death, in order to present you holy and blameless and above reproach before him,

The last track is a well written song about salvation called “Hope For Every Fallen Man”. The only hope of shaking this curse of sin, which is an offense to a Holy God, is found by trusting in the work already done by Jesus Christ. The song is a great one to end this “EP” on.

The album is very diverse and has numerous songs that are new ones, and old ones done a different way. I like the few 1 minute songs with a twist written by other band members. I give the album four and a half stars out of five.

Please check out the video of “Who I Am Hates Who I’ve Been”.

Posted by barrydean on July 15, 2008 in Music Review, Relient K, The Bird and the Bee Sides, The Nashville Tennis EP

← We will miss you Tony Snow
The Perils of Apostacy →

5 responses to “Relient K – The Bird and the Bee Sides +”