The Perils of Apostacy

This past Sunday Omaha Bible Church (my home church) had a guest preacher filling the pulpit. It was filled 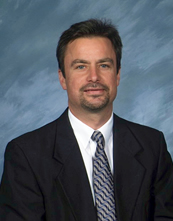 by Timothy Juhnke, a good friend of our Sr. Pastor and himself a Sr. Pastor of Faith Community Church in Kansas City. Pastor Tim brought us a great sermon out of Hebrews 6:1-9. One of the things that struck me was what he said about how this section of verses is often avoided or used in the context of eternal salvation. He said that if you try to use it this you will come to two answers. One would be wrong. (That it is possible to lose you eternal salvation). The other would gut the very power of this Hebrew text.

According to the text, you could only lose your salvation experience once.

So a question comes to mind. What about back-sliding? Many true believers go through a spiritual drought, where they are burned out or discouraged in their faith. Apostacy and back-sliding are not the same. Apostacy comes when you are so driven away from attending church, fellowshipping with other believers, producing fruit, and making a decisive rejection of Jesus Christ. Now, we should still continue to gospel them so that they may possibly repent of their rejection. But be warned by the text here. If it is a decisive rejection, chances are God has already hardened their heart. For He is a sovereign God and does what he may with His creation. Lest we forget.

Basically, the intention of the author of Hebrews here is to serve warning to the true believer. For when we sin, we never, ever, forget where forgiveness can be found. Run to the cross. The cross is where eternal salvation can be found. Please take the time and click on the sermon link above or below to listen to it.

Thank you Pastor Tim for this awesome and often avoided sermon.

The Perils of Apostacy

Posted by barrydean on July 16, 2008 in Apostacy, Hebrews 6, Timothy Juhnke

2 responses to “The Perils of Apostacy”