One of my favorite bands of the late eighties and early nineties is Tesla. Named for the Serbian-American 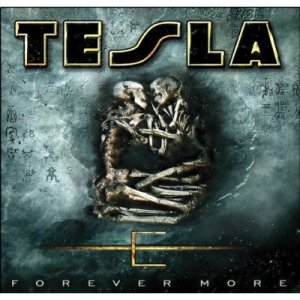 inventor and electrical engineer Nikola Tesla, this band had some diverse music that fluctuated between head-banging hard rock to edgy blues rock. This band may have actually been the first rock music our youngest daughter Crysta heard. She was within weeks of being born when Robin and I attended their 1992 concert in Tampa, Florida. Tesla have sold over 16 million albums in the United States as of this year. Tesla has wrongly been categorized as a glam metal band with the likes of Def Leppard and Poison. I think it’s namely due to the fact their popularity rose about the same time as those “polished” metal bands. The band has proudly proclaimed that their music is pure guitars and drums with no synthesizers or anything to distort their sound. Their previous six studio albums have all proudly proclaimed “No Machines.” As a guitar player myself I recognized that their musicianship and skill set Tesla apart from all the other “hair” metal bands of the eighties and nineties. The current band lineup is still Jeff Keith on lead vocals, Frank Hannon on guitars, piano, and Hammond organ, Brian Wheat on bass, and piano, and Troy Luccketta on drums. The only exception to the lineup is Dave Rude who replaces Tommy Skeoch on the second guitar.