RSS
← Men of the scarlet and gray….
Keeping Our Priorities Straight, 10 Priorities for the believer, Part 1 →

I guess Hell froze over again. The Eagles have released another album. I say that in reference to the response Don Henley 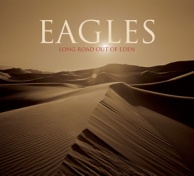 used to give many years ago when asked if the Eagles would ever get back together. He would say “when Hell freezes over”. The Eagles began recording in 1971. The band has consisted of many different musician lineups over their 35 year on again off again career. The band has had 5 number one singles and 4 number one albums. The lineup for this release is the same one they have had since 1994 less Don Felder. Felder was fired from the Eagles in 2001. Don Henley and Glenn Frey felt that Felder ‘s creativity and performance hindered the band and so he was removed. Felder followed with a lawsuit and then Henley and Frey counter sued. The case was eventually settled out of court and so goes your typical life of a contemporary rock band.

The album is called “Long Road Out Of Eden” and was released on October 30th, 2007. It is their first studio album in 28 years. The release consists of two CD’s and 20 new songs. The musician lineup is mostly the same line of their last studio album “The Long Run”. Glenn Frey on guitar, vocals, and keyboards, Don Henley on drums, vocals, and guitar, Joe Walsh on guitar, vocals, keyboards, and talk box, and Timothy B. Schmit on bass guitar, vocals, and guitar. The first track starts things off with an acappella styled song called “No More Walks In The Wood” reminiscent of “Heartache Tonight” their last number 1 single. The second track “How Long” really kicks things in with it’s rockabilly rhythm and classic Eagles vocals. This really brings back visions of their first few albums. “Busy Being Fabulous” is a country blues styled song about good lovin’ gone bad, along with the next track “What Do I Do With My Heart” which tries to teach us how to deal with a broken heart. “Guilty Of The Crime” is the next track and sung by Joe Walsh. He has such a distinctive voice and all of his songs have such a humorous and upbeat theme. I think this is where my wife Robin and I really got interested in the album as we listened to it in the car after the purchase. The next track is sung by Timothy B. Schmit and is a very neat song and reminds me of “New Kid In Town”. The rest of the tracks on the album really bring out the diversity of the group in song writing and performance. The title track “Long Road Out Of Eden” is the first track on the CD number 2. It really starts out slow and is a bit to artsy for me. I have not listened to it a second time.

Album highlights are “How Long”, “Guilty of the Crime”, Waiting In The Weeds” is such a great song, it is well composed even though it is over seven minutes in length, “No More Cloudy Days” is such a romantic song with lyrics like:

I know a place where we can go where true love always stays
There’s no more stormy nights, no more cloudy days

and I have always liked hearing the saxophone which is present at the end of this song. “Do Something” is a nice song about dealing with a lost love and not just sitting around stewing in your depression or hurt by saying “don’t just stand there takin’ up space, why don’t you do something”. The first highlight on the second disk is “Frail Grasp On The Big Picture” is a cool song and could have easily come from their “One Of These Nights” album, “Last Good Time In Town” is another Joe Walsh composition, which has a reggae bluesy feel to it and it really works, and “I Love To Watch A Woman Dance” paints such a great picture of a lovely woman dancing.

There are quite a few good songs, and some great songs that are very much like the Eagles I have come to know and love. I really like the album as a whole and would recommend it to any Eagles fan or to anyone who wasn’t around in 1979 when they recorded their last studio album. I give the album four stars out of five.

Please check out their new video for “How Long” and please remember these guys have been making great music for over three decades.

Posted by barrydean on November 21, 2007 in Eagles, Long Road Out Of Eden, Music Review

← Men of the scarlet and gray….
Keeping Our Priorities Straight, 10 Priorities for the believer, Part 1 →

One response to “Music review Tuesday”