Evangelism and the sovereignty of God (Part 2); Apologetics

This past week we looked at the various forms of apologetics. But first I’d like to just throw in something from the first 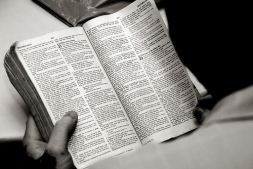 week. In the first week we looked at the definition of apologetics and the goal of apologetics. The short definition is the defense and proclamation of the gospel of Jesus Christ. The goal for using apologetics in evangelism is to glorify God by formulating an approach to proclaiming the gospel of Jesus Christ that is consistent with both biblical theology and biblical example. Now we can move to the various forms used in evangelism.

A classical apologist uses a two step process by first using natural theology to establish the existence of God by observable data in the universe. Only after God’s existence is proven do they move on to presenting the case for Christianity, namely the person and work of Jesus Christ. All of this in an attempt to make Christianity the only viable religion. This method is called “classical” because it is assumed to be the style of apologetics of the early church fathers. The key assumptions for this style of apologetics is that man is capable of openly and honestly evaluating the claims of Christianity. The second assumption is that man’s heart is fully depraved, but his mind is fully functioning. The last assumption is that the proof of miracles are without equal in their defense of Christianity.

This method is much like that of the “classical” method in that it uses “proofs”to stimulates man’s ability to reason and search for religious knowledge. But unlike the “classical” method, “evidential” apologetics only needs one step to accomplish their goal. They will use historical “proofs” to prove Christianity, and the existence of God. A good example of the “evidential” method would be to begin the defense by arguing the historical factuality of Jesus Christ’s resurrection, thus proving that God exists as well as Christ’s authenticity. Key assumptions would be; the believer and the unbeliever can communicate effectively with each other, and the miracles of Jesus are compelling enough to provide the needed proof to reach the goal.

This approach to apologetics uses the task of proving Christianity not by a formal argument by an informal one. As Steven Cowan writes in “Five Views on Apologetics”, pg 18 “The case is more like the brief that a lawyer makes in a court of law or that a literary critic makes for a particular interpretation of a book. It is an informal argument that pieces together several lines or types of data and does so better than any alternative hypothesis.” Key assumptions are that apologetics presents any sound argument to prove the “Faith.”

This system of apologetics places its defense of Christianity in the Bible itself. It assumes or presupposes, as the Bible does, that God already exists and that He has spoken by way of His word (the bible). The fidiest depends on God’s Word and the Holy Spirit to convince the unbeliever through faith. Apart from faith, which is given by God, no person will understand and receive the message of Christianity. The fidiest preaches or proclaims the Word and depends on God to do the work in man’s heart to understand. Key assumptions or statements are; apologetic methodology is based on biblical principals, the unbeliever and the believer have very little in common because of the effects of sin, and biblical faith is the only necessary ingredient for persuasion.

The biggest contrast between the “Fidiest” method and all the others is the failure to understand the sinfulness and total depravity of the unconverted. The fallen nature of man is not to seek God or understand His teaching. Outside of the God given faith to repent and follow Christ, man’s natural behavior toward is God is to rebel. Man will not on his own be able to reason out an understanding of God. I guess you know which method I prefer. I give the BarryDean4Christ stamp of approval on the fidiest/presuppositional approach to apologetics. Preach the Word, let God do what He does so incredibly, save the soul.

Posted by barrydean on September 25, 2007 in apologetics, evangelism, God's sovereignty

7 responses to “Evangelism and the sovereignty of God (Part 2); Apologetics”