The Marks of a Godly Man – Mark 2: Pursue godliness.

In Mark 1 of a godly man we learned that a man of God is to flee from the lust of money and it’s influences on our life. 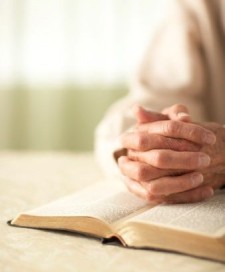 The apostle Paul follows up this command with an exhortation to:

This is the the topic of my second posting in this series and the second mark of a godly man. These marks can be found in a sermon by John MacArthur called “4 Marks of the Man of God“. The structure of this verse in 1 Timothy is perfect because after a don’t command is given we are given a do command. If we are command to flee from something we, in turn, should be running after something. The greek verb for “pursue” actually tranlates to “follow after”. We are commanded to flee from the temporary lures of this world and to follow after the eternal in righeousness, godliness, faith, love, steadfastness, and gentleness. In his sermon John MacArthur focuses on the godliness in these attributes we are to pursue, and so will I.

Godliness is about thinking rightly. We need to allow God to sanctify our minds and hearts and cultivate godliness. The apostle Paul obviously considers godliness to be critical to the man who desires to serve God as a church leader. So much so that he mentions godliness nine times in the pastoral epistles known as 1 and 2 Timothy and Titus. The godliness Paul was pursuing influenced him to write:

But I discipline my body and keep it under control, lest after preaching to others I myself should be disqualified. (1 Cor. 9:27 ESV)

The NIV replaces the word “discipline” with “beat”. Paul’s attitude was to beat back the natural desires of the flesh in order to keep from being disqualified as a preacher and bring shame on the Lord. This is serious business. I’ll leave this posting with a quote MacArthur uses to conclude this mark. It is a quote from Charles Bridges. (circa 1794 – 1869):

If we should study the Bible more as ministers than as Christians, more to find matter for the instruction of our people than food for the nourishment of our own souls, we neglect to place ourselves at the feet of our divine teacher. Our communion with Him is cut off and we become mere formalists in sacred profession. We cannot feed ourselves by feeding others.

The Marks of a Godly Man – Mark 1: The running man.

I am not sure how many marks I am going to have, but I do know there will be at least four. I am basing this post on 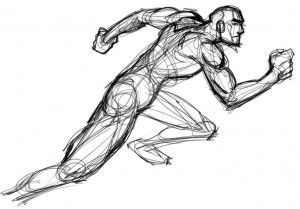 a sermon I heard recently from John MacArthur and he outlined at least four marks. I felt compelled to do this topic due to the upcoming weekend Men’s Conference called “Manning Up: in church, home, and culture“. Our local church is hosting the conference during the weekend of Feb. 19th. I am very excited about the conference so I decided to do some pre-conference research and study.

The marks of a godly man can be found in 1 Timothy chapter 6. This text is the basis of John MacArthur’s sermon “4 Marks of the Man of God“. The first mark that a godly man is known by is what he flees from.

In MacArthur’s sermon he points out the greek grammer used here in this verse. The context of flee is a continuial action that is commanded here. We get the word running man or fugitive. We are commanded to be running relentlessly all the time. What is the man of God to flee from? The previous text in the chapter helps me answer this question. It is the lust of money found in verses 9 and 10. If you go all the way back to verse 3 we find that Paul (the author of the text) is referring to those who are deprived of the truth and assume an air of godliness and religion for personal gain. We are instructed by God, through this letter of Paul to Timothy, to flee from the draw and lust of money and it’s influences on our life for all of our lives. Never ceasing. We are never to put a price on our calling. Never put a price on your ministry. John MacArthur forms the following into a statement, but I like the question form. If you do put a price on it, will you have prostituted your calling of God into personal gain? We are to flee I say, flee. Desire to be a running man.