Who is the first female Welsh artist to have a number one pop single in the past 25 years? If you said Duffy, 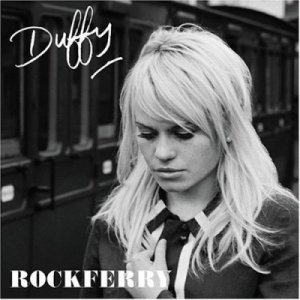 you would be correct. You would also have to be a fan of her and her music. This Welsh singer-songwriter, who’s real name is Aimee Ann Duffy (Duffy is her professional name) is not very well known in the U. S. unless you listen to modern alternative radio. I had never heard of her until my lovely wife Robin asked if I had. She was pretty pleased to turn me on to her music. My wife is a big fan of the music from the 60’s era and Duffy, although a contemporary artist, sings the kind of music reminiscent of that time period. Duffy was born June 23rd, 1984 in Gwynedd, an area in north-west Wales. In 2003 she was the runner-up to the Welsh alternative to American Idol. She sang in various bands until hooking up with Suede’s ex-guitar player Bernard Butler. Duffy and Butler began co-writing songs and created a fresh retro sound. I will tell you now that this music is not my typical “knock the snot outta ya” hard ‘n heavy musical style you have come to read about here. But there is just something about this fresh sound that hooks me in. This fresh sound is what you will hear on her full length debut album. The album review to follow.