9.11.2001 – I was running late for work that day. I said good morning to my friend Phil who was smoking outside the 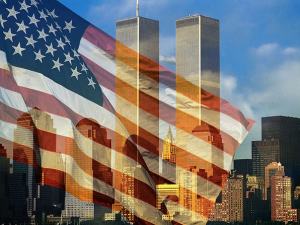 door and he told me “some idiot flew a plane into the World Trade Center” (American Airlines Flight 11). I thought, how could a plane get so close without some major alarms going off. I unloaded my stuff when I got to my cube and logged onto my computer to search the Internet for any news on this accident. The Internet was pretty jammed up and it took a good 10 minutes before I could load any info about the story. I had was beginning to get a very uneasy feeling knowing that the only thing that would create a long response time like that would be massive Internet traffic. By the time I got to a news source a second plane (United Airlines Flight 175) had hit the South Tower and I knew this was no accident. The office building was unusually quiet. The only sounds were an occasional hint of keyboard tapping. There was no talking for what seemed like 30 minutes. Slowly a few co-workers began milling out into the cubical isles to talk to each other. I called home to ask my bride if she was aware of what was going on. She and our children were right in the middle of their homeschooled morning. She turned on the TV an it was all over the networks. Two airliners had flown into each of the World Trade Center towers. We prayed. My bride prayed with the kids. A couple of my believing co-workers and I took the time to pray together. Someone brought a TV into the break room and we all stood in silence and watched the news footage and the stories unfold. We learned about the Pentagon (American Airlines Flight 77), and later about a plane that went down near Shanksville, PA (United Airlines Flight 93). Needless to say no one was working or being productive.

Around lunch time we all headed home to be with our families and loved ones. Robin and I prayed with the kids and then watched more news. We had some pretty serious conversations with the kids. Each one of us tried to process the days events. How could this happen? How could anyone want to kill so many? What should we do now?

All the nations you have made shall come and worship before you, O Lord, and shall glorify your name. (Psalms 86:9)

One response to “Remembering”