Initially formed at the turn of our new century, 10 Years is a unique 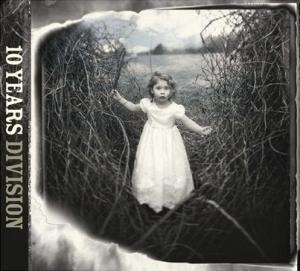 exception to the American alternative metal genre. Raised on Axl and Slash, Mozart and Beethoven, the music of 10 Years is based on equal parts provocative lyrics and massive sounds. Their influences range from Nine Inch Nails and Deftones to Simon and Garfunkel and Tori Amos. The backgrounds of the bands five members, who hail from Knoxville, Tennessee, are as diverse as their musical influences. They include an artist, a tennis champ, a rich kid, an outcast and an introvert. I guess you will just have to get to know these guys to find out which one is which.

In a quote from 10 Years frontman Jesse Hasek, the essence of their music is as much to do with what they aren’t then what they are.

Humanity is slowly shutting down

as he points to the current rock scene as prime example.

Music is supposed to be about intensity and feeling, but there is no thinking behind the music that’s out there today. We want people to think, to feel emotions again. We’re always plugged in or connected to something, part of the machine. But the more we plug in the less human we become.

The current line up for 10 Years is Jesse Hasek on lead vocals, Ryan “Tater” Johnson on one guitar, Matt Wantland on the other guitar, Lewis “Big Lew” Cosby on bass guitar, and Brian Vodinh on drums and backing vocals. The band 10 Years is similar in style to the likes of Breaking Benjamin, Nickelback, or Chevelle. But don’t plug them in altogether with those bands. After the second or third listen you get the sense of a different texture and tone. Just try and put your finger on it.

The fourth studio album release from 10 Years, and second from major label Republic/Universal Records is called “Division“. The album was released May 13th, 2008. In this past year it climbed to #12 on the U.S. albums chart and #1 on the U.S. Hard Rock albums. The one thing I have noticed after the first listen is that they don’t go the popular and lame route of putting their better material to the front of the album. The album just gets better and better the deeper into the album you go. The first track “Actions & Motives” begins with a nice driving bass line and clean guitar but quickly builds to an all out, full bore head banging track. “Just Can’t Win” is the next hard rock track about the frustrations in family relationships. The third track is “Beautiful” and the first single from this album. It is a great rock song about the shallowness of  beauty as a business. The opening verse states:

Beauty over wisdom to fit in with the styles
Your Cinderella stories, for a price
Vanity’s a business built to please the unique
Silicon and stars collide; the rest will fall in line

The next track is called “11:00am (Daydreamer).” It is a nicely textured song with an excellent acoustic guitar outro. The lyrics tell of a life of settling for:

Life can’t seem to teach you the safe caught is right.
So stray from the fight.
Don’t you realize?
The daydreamers nightmare is to never even try.
You kind of slipped by.
Fear of failure a comfort zone is killed.

I think what I really find attractive on this album are the thoughtful and provocative lyrics that are filled with heart and soul. The album highlights are “Actions & Motives”, “Beautiful”, “11:00am (Daydreamer)”, “Russian Roulette” is a double guitar rocking song about drug addiction, “Picture Perfect (In Your Eyes)” starts out slow and beautiful but builds to loud and driving bridge. The song ends with about a three minute outro of acoustic guitar music called “Planets 2” which also features former American Idol contestant Alaina Alexander reading the lyrics to “All Your Lies”. “All Your Lies” actually follows that song. It is a dark and moody hard rock song about selling out your soul. The music features a sitar instrument.  The final song on the album is “Proud of You”. It is masterful and beautiful piece of music with only piano, Husek’s vocals, and some orchestration. It is a perfect way to end a wonderfully composed collection of songs on an album. Having listened to the album in it’s entirety three times now I have to say it is in my top five albums of this year. I give it five out of five flying V’s.

Be sure to check out the video for “Beautiful” below.