Considering the classic picture of Robert Plant and Jimmy Page, did you

hear the buzz about Led Zeppelin reuniting for a tour? I guess Robert Plant doesn’t want to have anything to do with it. Let me digress a bit more. Lately I’ve been waxing nostalgic for the great rock bands and albums of by-gone decades. Some of the rock music albums released this year were really good, but not great in the classic sense. I even reviewed some of those new releases. Maybe it’s me, but why don’t I find any great rock music from bands like those of the 70’s. Bands like Rush, Yes, Foghat, Led Zeppelin, Aerosmith, Pink Floyd, Jethro Tull, Black Sabbath, or BTO? These bands were not flashes in the pan like most bands today. Some of these bands are even around today, and still making great music. Maybe those bands and their music just remind me of my youth? But I think something can be said of those great “classic” rock bands and the music they created. I run into teenagers and young adults (including two of our own) every day who are into those classic rock bands. Their music definitely has staying power. Enough said.

END_OF_DOCUMENT_TOKEN_TO_BE_REPLACED

Initially formed at the turn of our new century, 10 Years is a unique

exception to the American alternative metal genre. Raised on Axl and Slash, Mozart and Beethoven, the music of 10 Years is based on equal parts provocative lyrics and massive sounds. Their influences range from Nine Inch Nails and Deftones to Simon and Garfunkel and Tori Amos. The backgrounds of the bands five members, who hail from Knoxville, Tennessee, are as diverse as their musical influences. They include an artist, a tennis champ, a rich kid, an outcast and an introvert. I guess you will just have to get to know these guys to find out which one is which.

In a quote from 10 Years frontman Jesse Hasek, the essence of their music is as much to do with what they aren’t then what they are.

Humanity is slowly shutting down

as he points to the current rock scene as prime example.

Music is supposed to be about intensity and feeling, but there is no thinking behind the music that’s out there today. We want people to think, to feel emotions again. We’re always plugged in or connected to something, part of the machine. But the more we plug in the less human we become.

The current line up for 10 Years is Jesse Hasek on lead vocals, Ryan “Tater” Johnson on one guitar, Matt Wantland on the other guitar, Lewis “Big Lew” Cosby on bass guitar, and Brian Vodinh on drums and backing vocals. The band 10 Years is similar in style to the likes of Breaking Benjamin, Nickelback, or Chevelle. But don’t plug them in altogether with those bands. After the second or third listen you get the sense of a different texture and tone. Just try and put your finger on it.

END_OF_DOCUMENT_TOKEN_TO_BE_REPLACED

Purity in the church

Tonight while surfing the Internet and watching the nasty weather outside I came across a story on Foxnews.com that

caught my eye. The headline read “Sinner In Love”, but it was the subheading that really caught my attention. It read “Church to expose Florida woman for ‘Immoral’ relations with boyfriend.” The story is about a woman who is involved in the process of church discipline. You know, the type of discipline hardly ever observed in the local church today. Except for the more faithful churches, this kind of discipline is deemed too harsh in most evangelical churches. God’s word teaches Christians to be holy as He is holy. God also teaches us in 1 Corinthians 7 that we should

cleanse ourselves from all filthiness of the flesh and spirit, perfecting holiness in the fear of God.

Many years ago I first learned about church discipline from Dr. John MacArthur Jr. through his sermons on tape. To me it sounded so harsh and alien because I had never seen it practiced. At least not practiced correctly, and certainly not out of love and for the restoration of the one involved in sin. MacArthur’s church, Grace Community Church in Sun Valley, California, and our church here in Omaha at Omaha Bible Church both believe that the church must enforce the standard of purity within the local church. We implement church discipline in that if someone sins, we confront him or her for their own good and the good of the church as a whole.

The article on Foxnews.com mentions the three steps involved in church discipline. The three steps come from Matthew 18:15-17. Does your church practice this necessary discipline in order to maintain the purity in the church? What do you do if you find out that someone in your congregation is living in sin with someone else? Do you confront them on love? If you do, where do you take it from there if they do not repent of this sin? The bible is very clear what should be done to preserve the purity of the church and for the ultimate restoration of the sinner.

Please be in prayer for this church in Jacksonville, Florida. Pray for the member to repent and for the leadership there. I emailed the article link to my senior pastor this evening and he replied back that the senior pastor is a friend and like him a graduate of The Master’s Seminary.

The article also mentioned above is linked here. 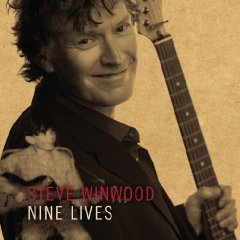 we listen to. This is the case with Steve Winwood who turned sixty this past May.  I was about sixteen when I first heard of Steve Winwood. A friend of mine had a Blind Faith album that I loved to listen to. This led me to some of Winwood’s earlier recordings with The Spencer Davis Group and the classic “Gimme Some Lovin’” which has appeared in numerous movie soundtracks over the years.

In the eighties Winwood pursued a solo career and his sound blended with the pop culture of that time. You could sit back and just mellow out to “While You See A Chance” and “The Finer Things” or dance to the sounds from “Roll With It” and “Higher Love“. One of my favorites of Winwood is “Back In The High Life Again” with it’s hint of mandolin playing throughout the song. In the late eighties and early ninties my musical tastes didn’t sway to far from hard rock and heavy metal so Winwood fell from my musical radar screen.

Over the past decade my musical tastes have diversified quite a bit. I have spread my eclectic wings to sample the goods from Rap (Toby Mac and KJ-52), and Country (although it’s mostly pop-country), to R&B and Big Band. Although my heart lives in the safe waters of hard crunching guitars, I have found some sonic pleasure in the dark waters of the less head-banging realm of music. This branching out has lead me to such music sensations as Duffy, John Fogerty, Mark Knopfler, and Josh Groban. Such is the sensation with my album review today.