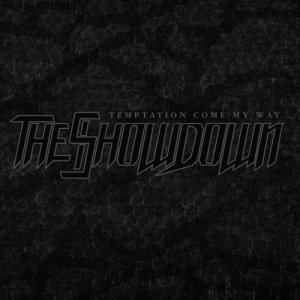 a band with Christian influenced lyrics and a hint of southern rock. That band is called The Showdown. They are another band I have been introduced to through TVU the Christian rock music video channel on the SkyAngel network. I saw their video and had to find out more. One of their famous tag lines is “jammin’ for the Lamb”. The Showdown is based out of Elizabethton, Tennessee. Being a big Tennessee fan, need I go on? Ah yes, but I will. The following is a quote from a member of the band that kind of sums up what they are about.

We are about power, fire, pyro, oil, rocks, and heavy. Whether than means rolling around town on our dirt bikes, hauling our twenty-five foot trailer to a show, or starting a barbeque in a random parking lot. We want to have fun and take it to the extreme on and off the road. And our live show is 110%, 110% of the time. But we aren’t about the party as a means to escape. We have joy because we have truth, and because we have been blessed. It isn’t drugs and girls and alcohol, but a genuine love of life because of our blessings that gives us our attitude.

END_OF_DOCUMENT_TOKEN_TO_BE_REPLACED

Posted by barrydean on May 6, 2008 in Music Review, Temptation Come My Way, The Showdown